Olive Oil benefits are so extensive that is considered a functional food with components that contribute to its overall therapeautic qualities including a reduction of risk factors of coronary heart disease, the prevention of cancers, and alterations of immune and inflammatory responses. A combination of Olive and Habbatus Sauda ( Blackseed ) 1400 years ago, Islamic prophet Muhammad wrote in his book that ' Blackseed is a cure for every disease except death. Blackseed has been proven scientifically to demonstrate strong anti-bacterial, antioxidant, anti inflammatory and anti viral properties which support its claim to be of medicinal value for various ailment.

Olive oil benefits are so extensive that is considered a functional food with components that contribute to its overall therapeutic qualities including a reduction of risk factors of coronary heart disease, the prevention of cancers, and alterations of immune and inflammatory responses.

Recommended Dosage : 1-2 capsules twice daily after meals in the morning and night 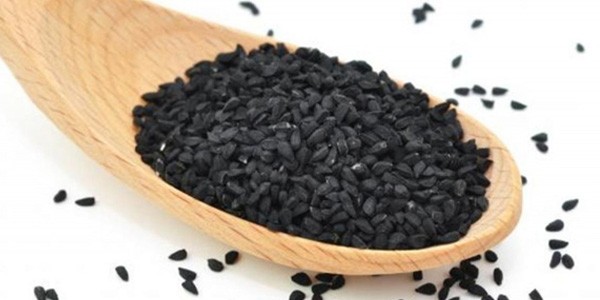 What is Nigella Sativa?

Black seed is a plant. People have used the seed to make medicine for over 2000 years. It was even discovered in the tomb of King Tut.

It is used for respiratory conditions including asthma, allergies, cough, bronchitis, emphysema, flu and congestion.

Black seed, when taken by mouth in small quantities, such as a flavoring for foods, isLIKELY SAFE for most people. Black seed oil and black seed extract are POSSIBLY SAFE when medical amounts are used short-term. There isn't enough information to know if larger, medicinal quantities are safe. Black seed can cause allergic rashes when applied to the skin.

Pregnancy and breast-feeding: Black seed seems to be safe in food amounts during pregnancy. But taking larger medicinal amounts is LIKELY UNSAFE. Black seed can slow down or stop the uterus from contracting.

Not much is known about the safety of using black seed during breast-feeding. Stay on the safe side and avoid use.

Children: Black seed oil is POSSIBLY SAFE for children when taken by mouth short-term and in recommended amounts.

Diabetes: Black seed might lower blood sugar levels in some people. Watch for signs of low blood sugar (hypoglycemia) and monitor your blood sugar carefully if you have diabetes and use black seed.

Surgery: Black seed might slow blood clotting, reduce blood sugar, and increase sleepiness in some people. In theory, black seed might increase the risk for bleeding and interfere with blood sugar control and anesthesia during and after surgical procedures. Stop using black seed at least two weeks before a scheduled surgery.

What is Olea Europea oil?

Olive is a tree. People use the oil from the fruit and seeds, water extracts of the fruit, and the leaves to make medicine.

Be the first to write your review!